﻿﻿
...to show you a recent drawing of Cawdelia and Ronnie.


Currently, Cawdelia is sharing Ronnie with some recent visitors to our house. She is a bit perplexed by 'the girls', as I like to call them, but she is being very gracious (so far). 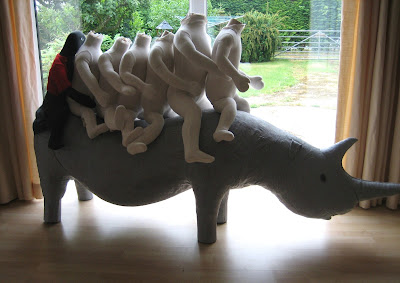 Posted by kate williamson at 23:56 No comments:

At the weekend I went to see the Sophie Ryder exhibition Monumental at the RWA in Bristol. Particularly interesting for me as, for many years she has done a lot of work around animal/human hybids. There is one hare/woman she has obsessively cast and carved in various materials and drawn and painted in works on paper. 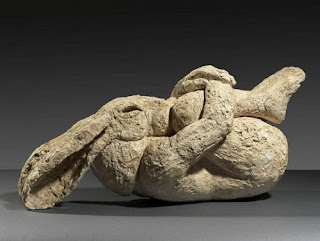 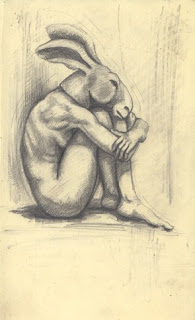 Also in the show are some wire drawings which are huge and quite amazing. As the title of the show suggests, many of the works are very large, but up till recently the only piece of hers that I was really familiar with was The Minotaur and the Hare situated on The Promenade in Cheltenham. 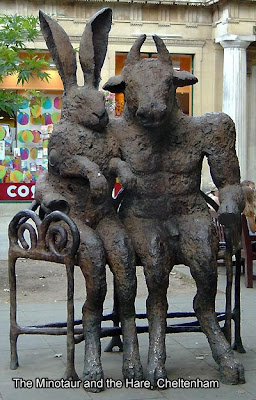 Closer to home, The Wet Paint Gallery in Cirencester has an exhibition of some of Sophie Ryder's smaller sculptures and prints. Seems we can't escape from rabbit people.


I've been trying to do some drawing the last couple of weeks. Not of anything in particular - just whatever takes my fancy on the day. Charcoal mostly. This drawing is based on two little porcelain sculptures of rabbit men I made right before the end of term. They are both about 10 inches tall

Posted by kate williamson at 04:16 No comments:


Thought you might like to see some more of my attempts at making fairy tale related ceramic pieces. I created these a few months ago now. They are all made of porcelain clay, cast and then altered in some way. I made the egg when I was on a resin workshop and thought the duck girl might like to look after it. You cannot see it very clearly but the sitting girl is holding a glass shoe which is too small for her. 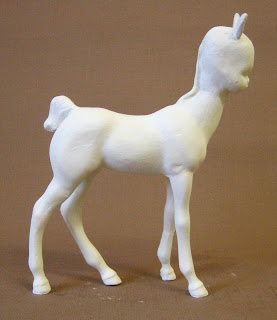 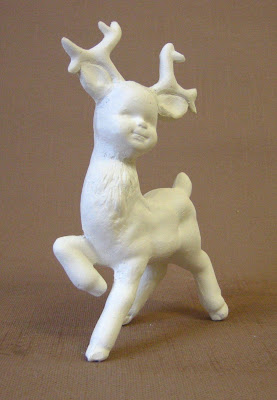 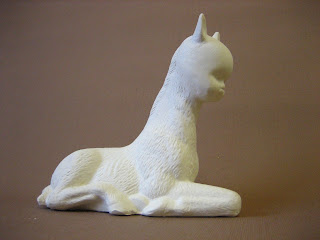 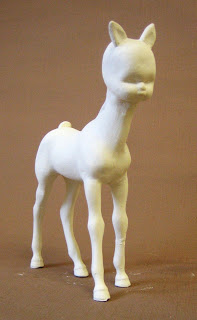 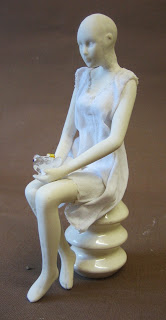 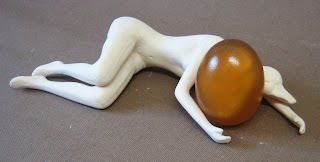 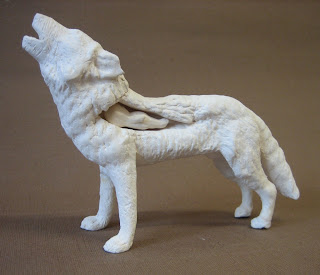 Some of them would look better with a bit of colour....maybe....?

Posted by kate williamson at 12:34 No comments: 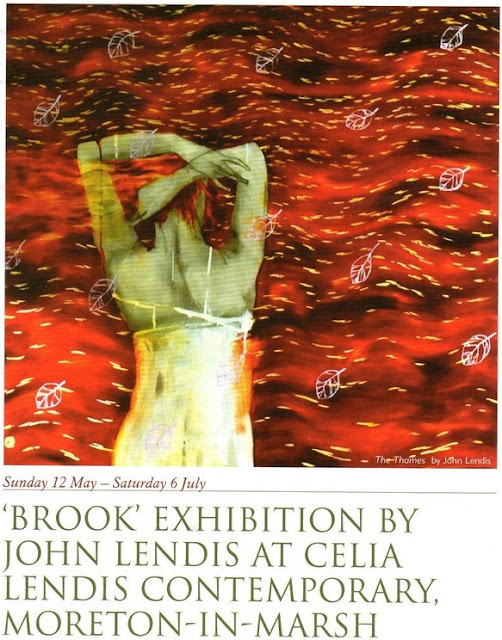 I was intrigued by the description in the Cotswold Open Studios' catalogue of the latest paintings by John Lendis. "His new body of work is a pursuit of Ophelia through the Cotswold villages and through the lives of the artists who used to inhabit the places where Lendis now lives and works". So I went to see for myself and met him in his barn of a studio situated in the middle of the countryside.

When I arrived he was chatting to another vsitor and lamenting the fact that his cadmium red oil paint was taking weeks to dry on one of his large paintings. It was due to be shipped overseas imminently. Later he was very forthcoming in replying to my enquiries about the inspiration and ideas behind the images depicted in his striking and fairly large canvases. Ophelia has been imagined so many times by so many different artists that she seems to now have a life independent of the Shakespeare play. His red haired muse glides amongst the reeds in 'Kelmscott' or stares out at a snowy cotswold scene in 'Elsinore'. My personal favourite was 'Southrop Ophelia' (below) which I saw later at his gallery exhibition.

Mr Lendis has said that for many years he has used the symbol of the fox to signify the myth of the artist which now, in these recent works, encounters the myth of Ophelia. However the painting reminded me momentarily of  Gauguin's Loss of Virginity (1890) where the little wolf is sitting on the girls chest. It also called to mind some of the ideas I looked at for my Uni dissertation on 'Fairy Tales, Fine Art and Feminism'. I was researching the work on Little Red Riding Hood done by the artist Kiki Smith who tends to depict the relationship between the girl and the wolf as one of outsiders collaborating. They understand each other. And there is a suggestion that the heroine recognises something of herself in the animal. I think there's a hint of that in this painting too.

Having recently moved back to settle in the Cotwold countryside, Lendis sees this area as representing a timeless romantic spirit, rather like Ophelia herself. I have never come across his paintings before now, but apparently most of his work in the past has been an exploration of his personal relationship with the landscape or place where he lives. But he has left room for the viewers own interpretation of his images which is an aspect of great narrative painting that I enjoy.

The following week I travelled up to Moreton in the Marsh to see his exhibition entitled 'Brook'  at the Celia Lendis Gallery. It was well worth the trip. Take a look here and read more about his work. I found his images really inspiring and it has sparked off loads of ideas for my own work.

Posted by kate williamson at 14:56 No comments:

Conversations with a Bird

I am just putting away all my works on paper from last semester at uni into my plan chest and I thought I'd show you this little series of paintings which I did a while back. (They are all acrylic on card and about 16 x 12 ins). 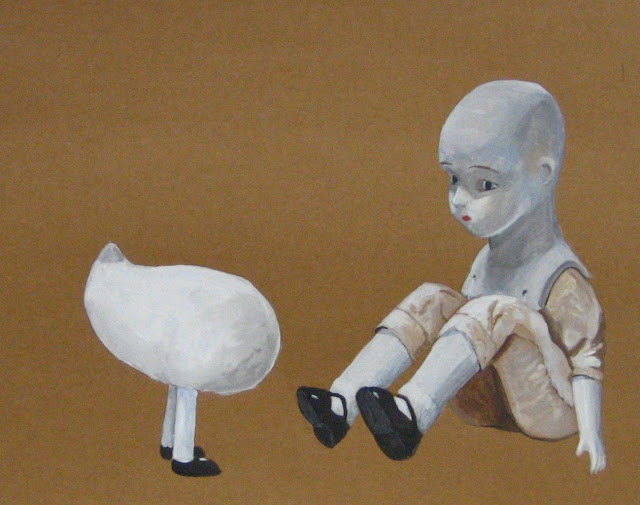 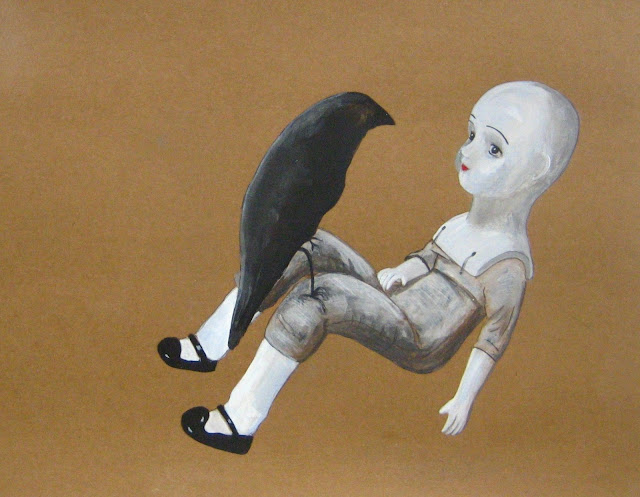 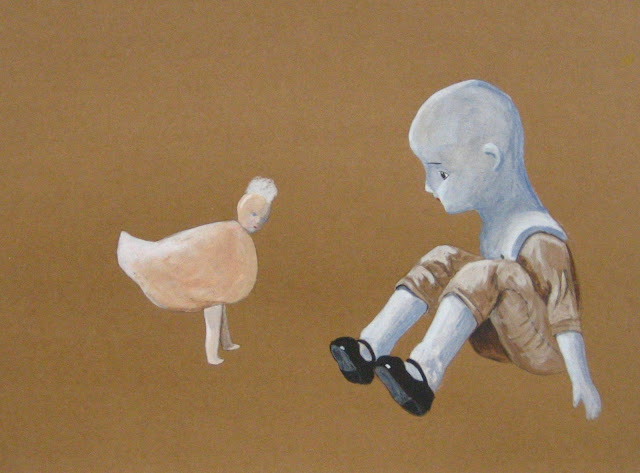 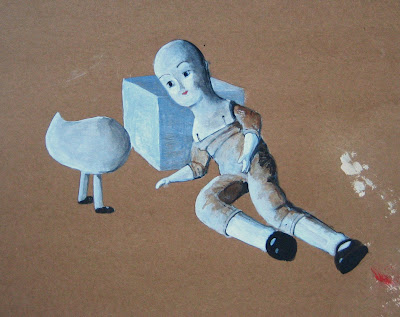 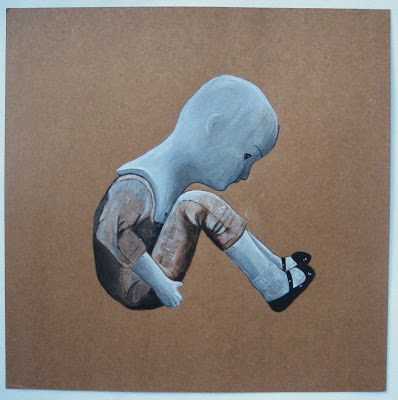 I originally bought the doll at a car boot sale so I could make a mould of her head which I then cast and used on the first ceramic bird doll. But then I couldn't resist painting some pictures of her (once I'd sewn her head back on!). I think she's quite old. 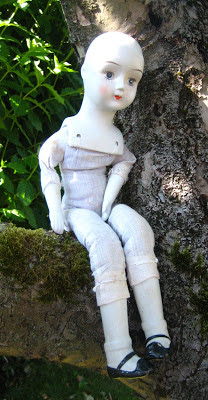 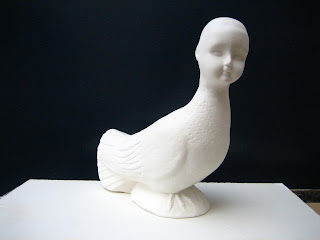 Posted by kate williamson at 01:12 No comments:

Cotswold Open Studios and learning to 'Trust in the Process'

Last weekend about 20 Cotswold artists, designers and makers opened their studios to allow the public to get a glimpse of their working practices and work in progress. I spent a really pleasurable afternoon exploring some of these very varied creative spaces which were set in the most glorious countyside. I don't travel through the North Cotwolds very often and, even though it really is manipulated and manicured within an inch of its life, I was reminded again how beautiful it is and how very English.

The artists I spoke to were also very generous with their time and expertise answering questions very patiently and genuinely. And their work was pretty inspiring too!
Since being at UWE I have started to work in quite a different way to previously. I am finding that the process of making the sculptural things gives me the time and mental space to develop ideas for works on paper.This suits my temperament much better but self confidence has always been a bit of a challenge as far as my art work is concerned. I was very encouraged by the feedback I received from my tutors at UWE (one of them, Richard Webb, took part in the Open Studios). However they ended by saying...
"Through drawing and making you have allowed concept to begin to emerge and become clearer -a very good example of practice as research. What is the work telling you? Where is it leading you? To  move forward you need to trust this process"
Obviously different artists have different ways of working but listening to the artists who took part in the Open Studios did confirm what I really already knew. It takes time and experience to fully trust that the work will lead somewhwere worthwhile. And hard work and perseverence. The more you make/draw/paint etc the more you trust your process. Confidence is a by product of putting in the hours. I know this is stating the obvious really but sometimes I get so bound up in thinking about stuff when really I just need to get on and start to actually do it!
The Open Studios taster exhibition at the Corinium Museum is still on. 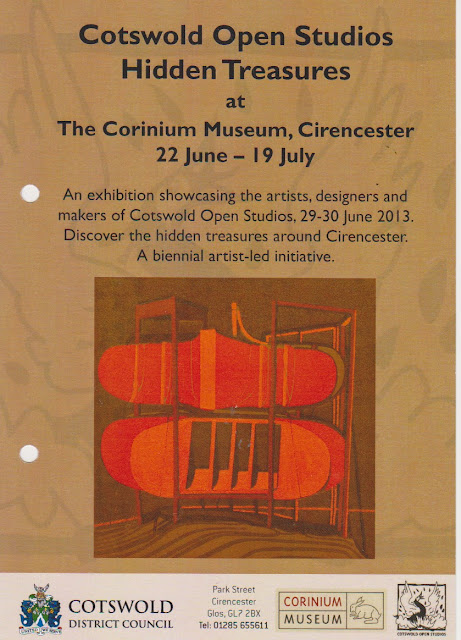 So...
I am the first to admit that I have not been very good at regularly updating this blog with all my 'news, views and work in progress' since I started it last year. However, it is a reqiurement of the Professional Practice module of my degree course next semester to create some sort of online presence. So, I really must get in to the habit of blogging about twice a week and be more disciplined about setting the time aside to do it. They say it takes 6 weeks for a habit to form so by September updating my blog should be second nature to me... maybe...hopefully...

Here are the two prints that I put in the Mini Print Exhibition at the Printmakers Gallery last month and I'm pleased to report that I sold a few (which is always encouraging)! They are both collagraphs, 10 x 10 cms. 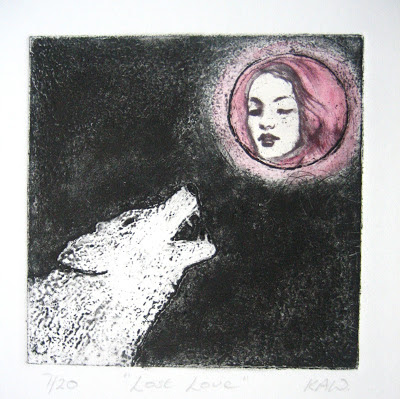 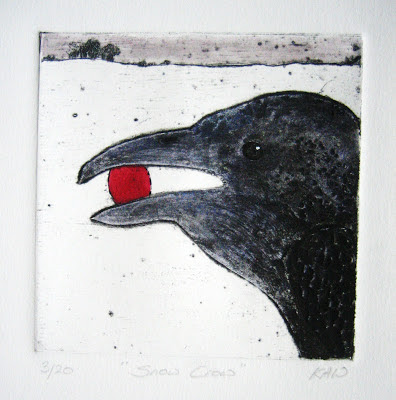 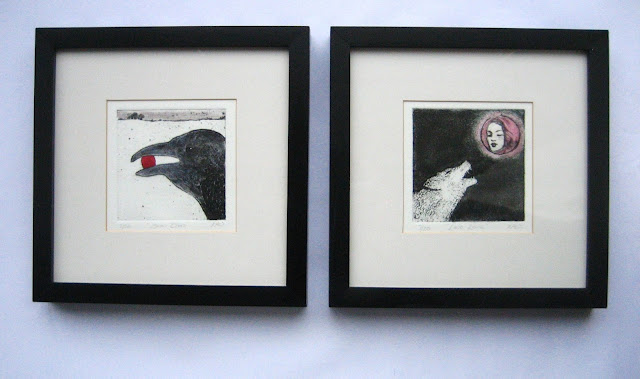