Among the sculptures I photographed last week was the Frog doll who despite being covered in kisses had still not turned into a Prince. 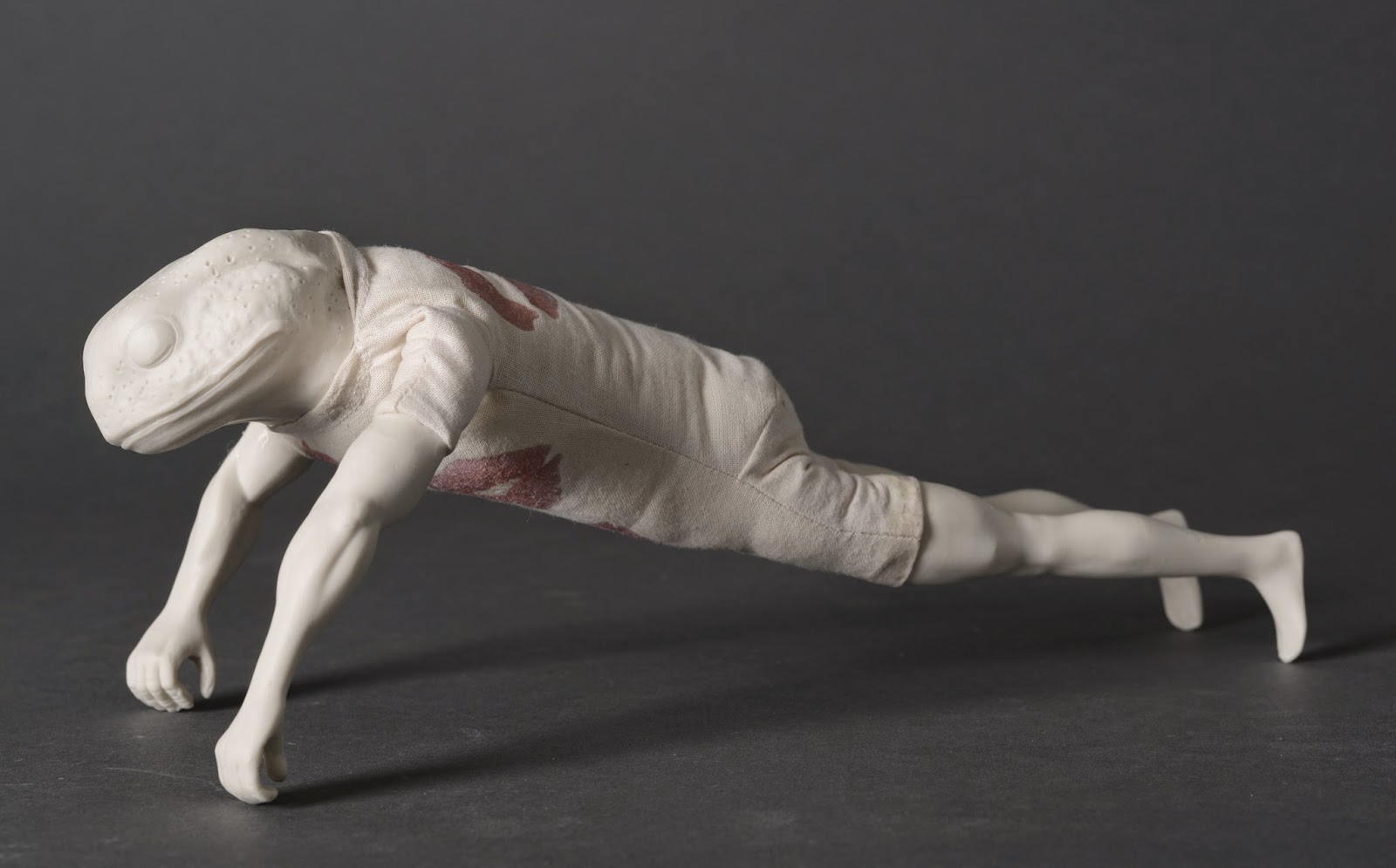 Well, I have decided to try and make a life size porcelain Frog Prince doll. It's a bit rash as there's only 4 weeks till the assessment and I've never cast anything even half this size. But I've been thinking about it for a while now and I think I have to just get it out of my system.

I started a few of days ago by modelling a huge head in clay on the kitchen table. 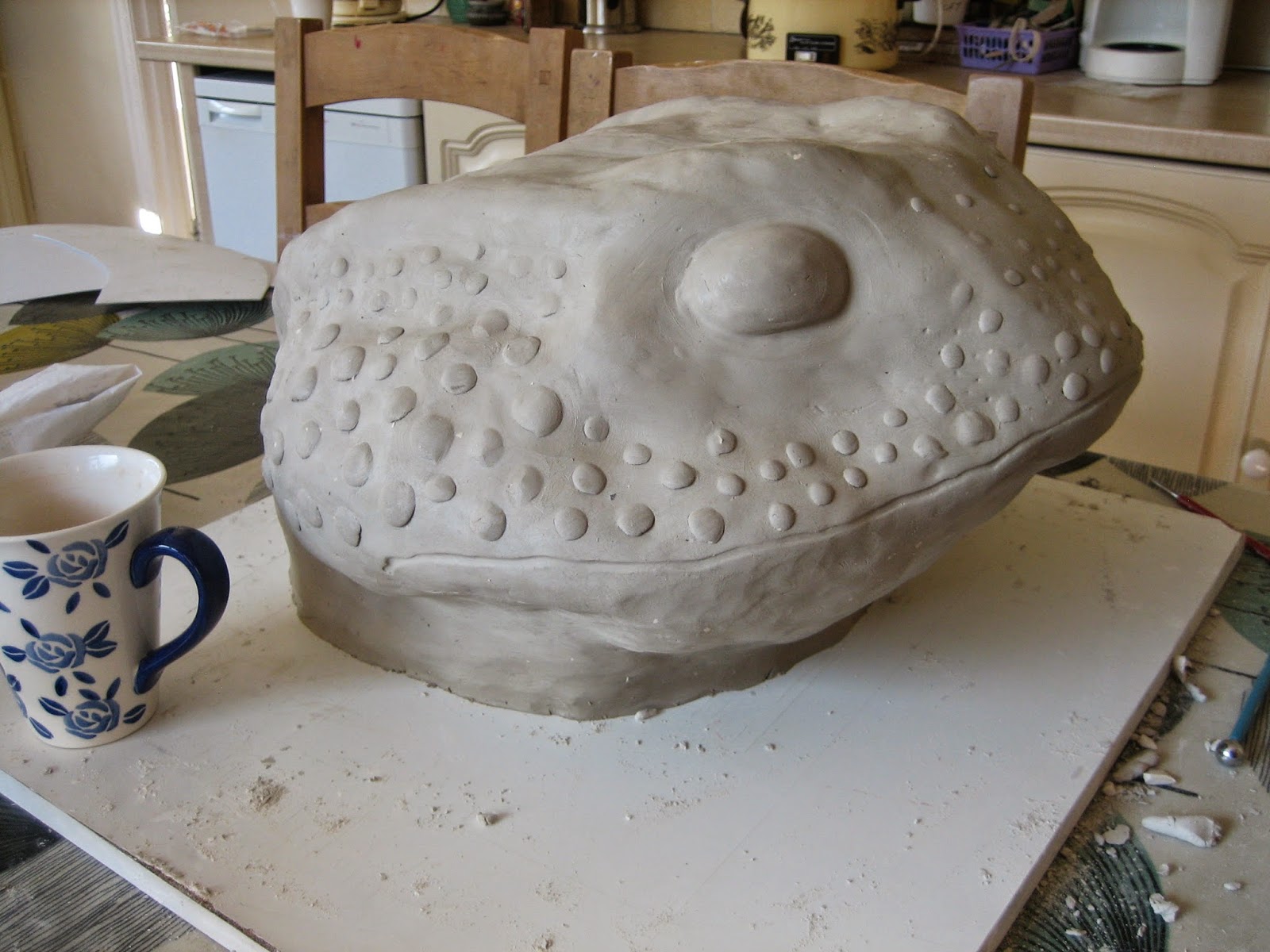 Then I moved outside and, over the next couple of days, I made a two part plaster mould of it. I inserted pieces of plastic into the clay at the place where I wanted the mould to open. 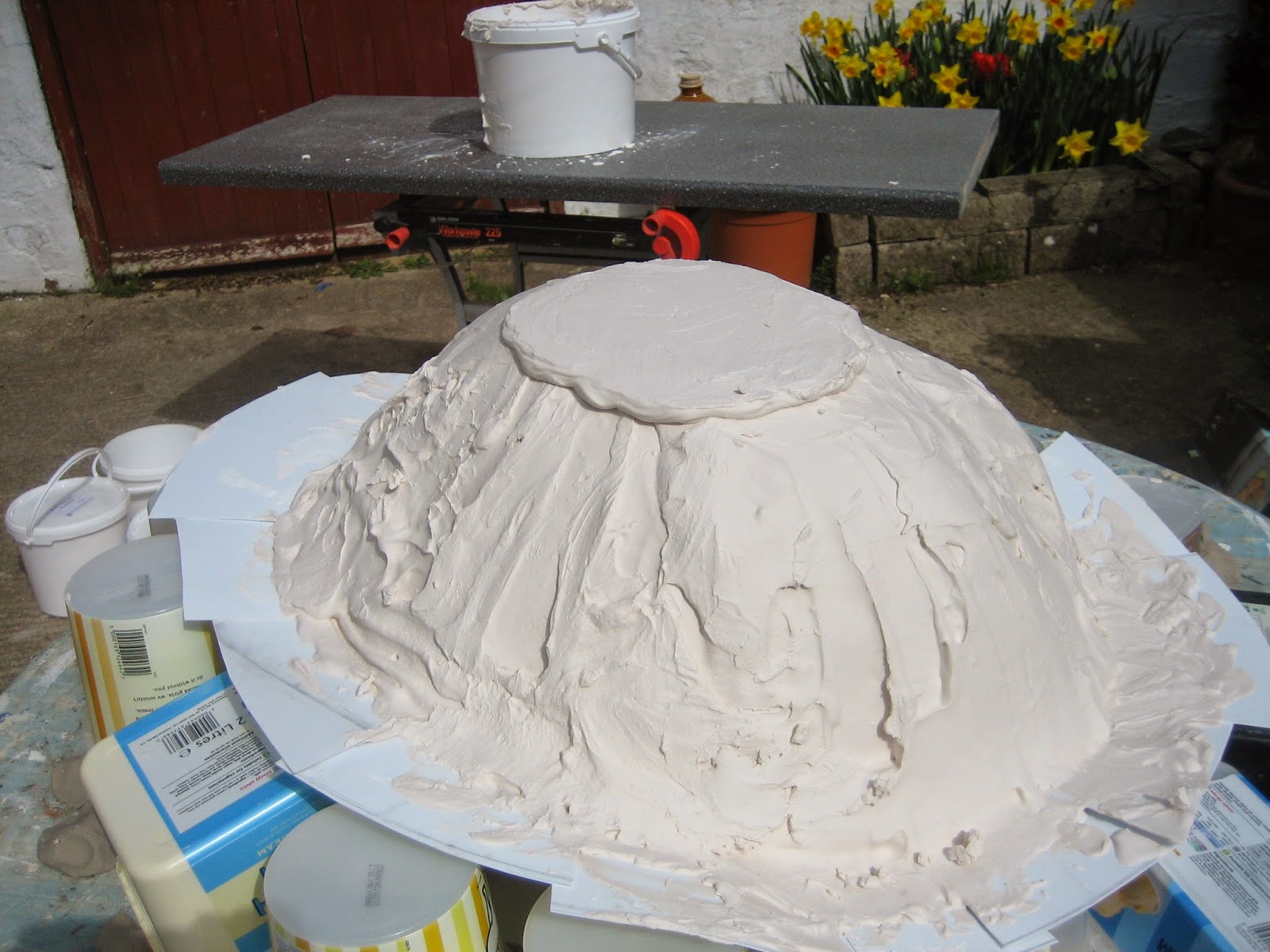 Then I gradually built up the layers of plaster to make a 'splash mould'. Finally I prised open the two pieces, removed the clay and left it in the sun to dry out. 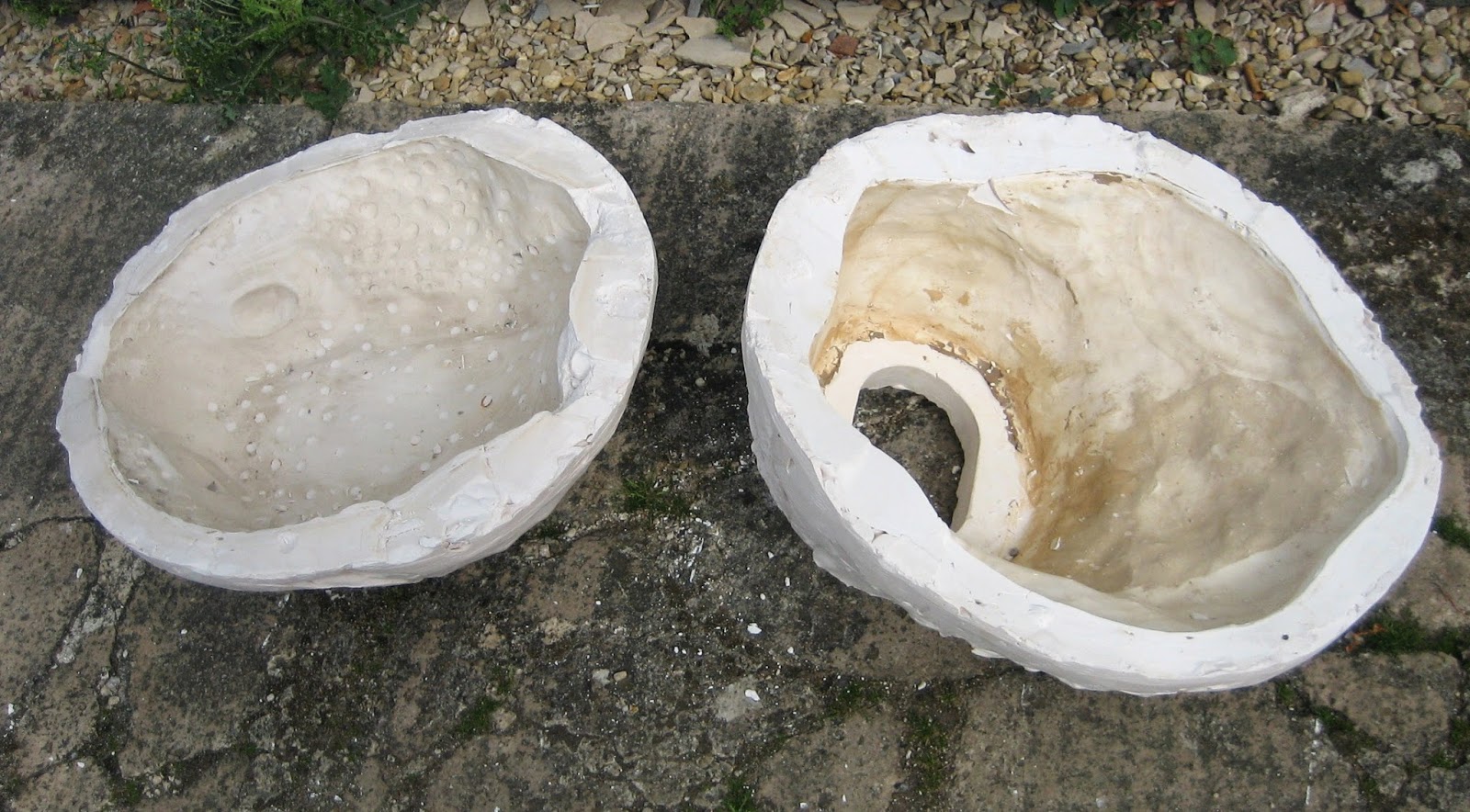 It's very heavy and will take quite a while to dry out even in the sunshine. I will certainly need help when it comes to casting with the porcelain slip. I just hope it doesn't collapse in the kiln! I'm going to do the legs next. And don't all the daffodils look pretty outside the studio  (can't say the same for the inside). 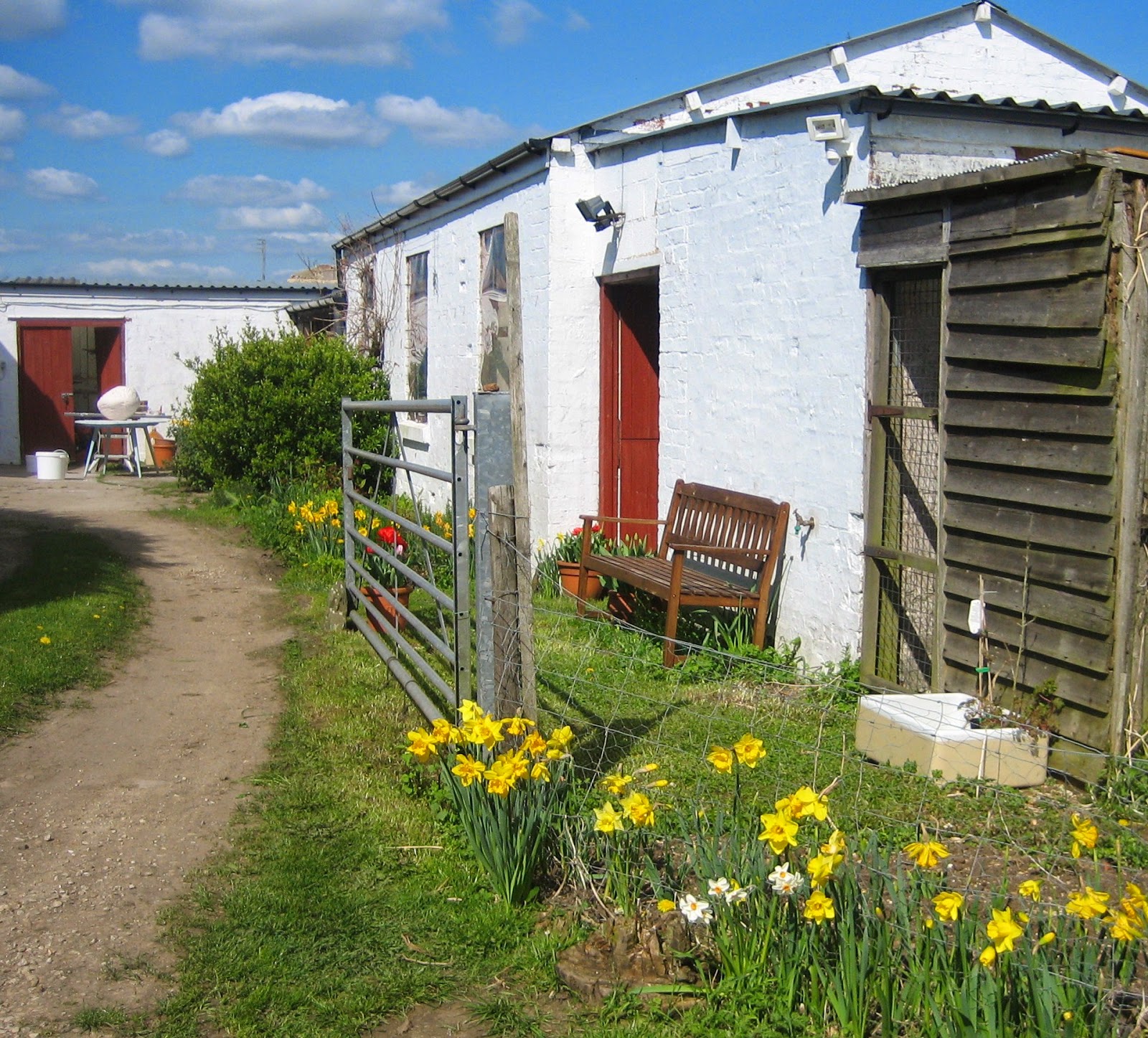 Posted by kate williamson at 14:01 No comments: