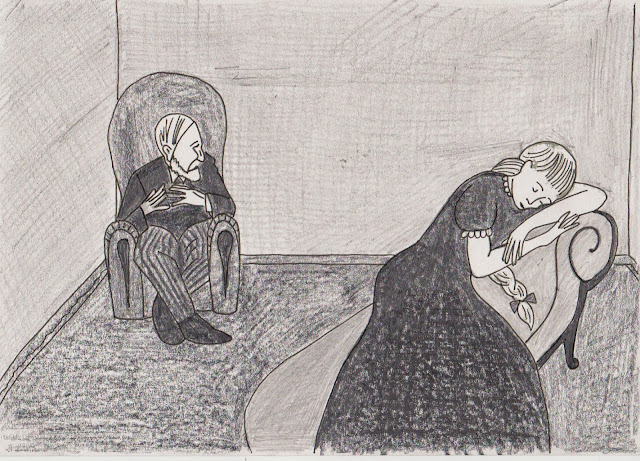 When a boy called to ask the Bell Girl to a dance the clanging noise reached such a crescendo that the couple decided it was time to consult someone else.
The second doctor thought about the problem for some time, then he suggested stuffing the Bell Girl's skirt with wool. to muffle the noise, This she did because she loved her parents. But, after a while it made her feel fuzzy and she became tired and listless. Eventually. when the Bell Girl had grown very thin, the stuffing was removed.
Posted by kate williamson at 04:42 No comments: