A selection of my work was on show at the Recent Graduates Showcase at the Affordable Art Fair in Battersea. I dropped my stuff off on Monday and was persuaded to return for the PV on Wednesday evening. It was REALLY busy.
A huge space at the entrance to the Fair is given over to the Graduate Exhibition. The Rabbitmen were displayed differently, again (see below) and the Frog Prince was on a plinth right in the middle of the room. Birdbabies and StoryKeepers were also on show.
Thousands of people will see my work over the next few days which is great but it's really made me think about a lot of things, particularly about the presentation of artwork. There was SO much good art on show in the gallery spaces (mostly really reasonably priced) all competing for visitors attention. 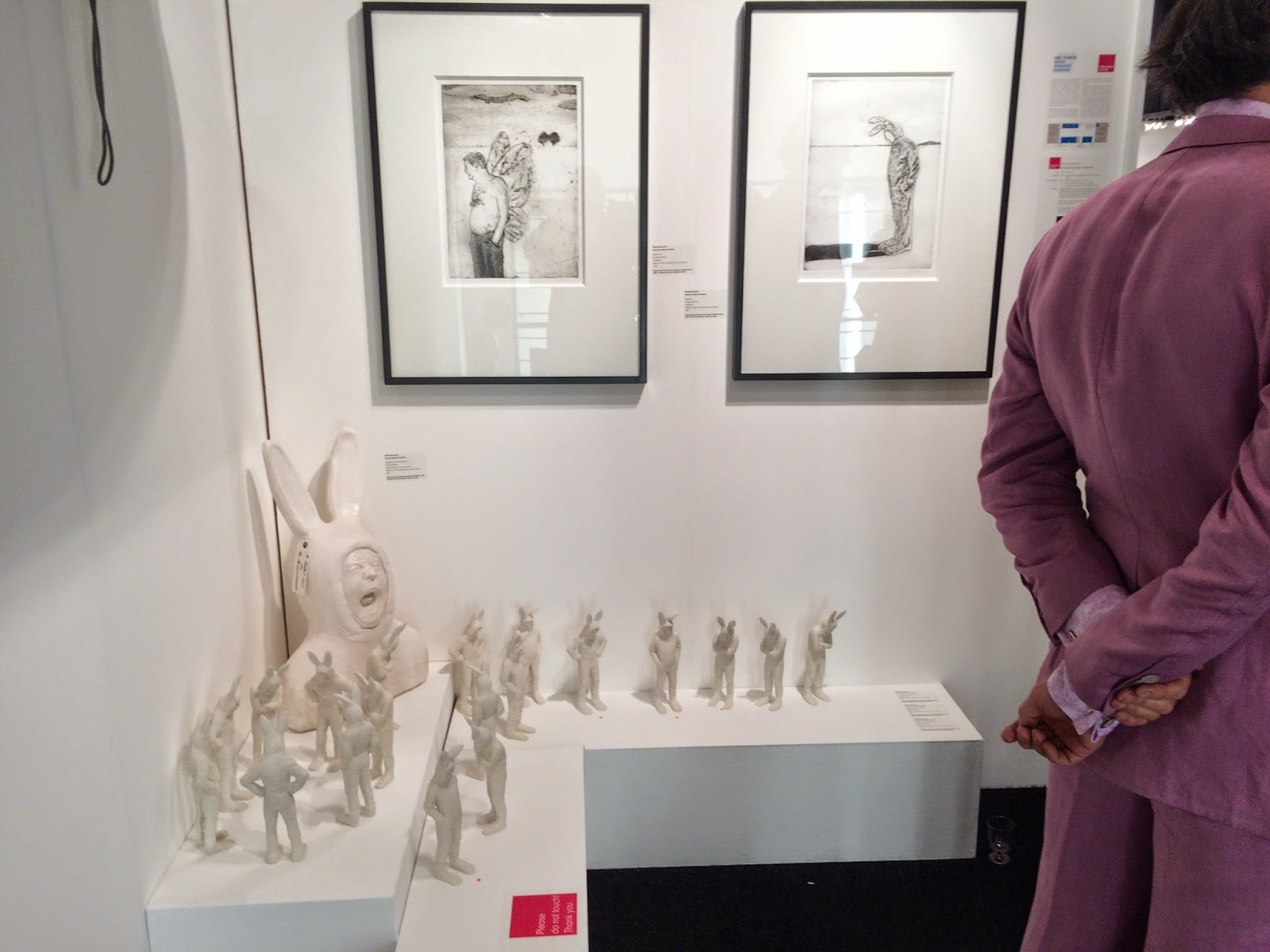 ﻿
A child ran off with the Frog Prince's crown over the weekend. He looks even more forlorn without it, in this photo taken by the fair organisers. Little did I know at the PV that the Frog Prince would soon no longer be mine. He's going to live in Scotland. Not in a castle but in a very large house.﻿ 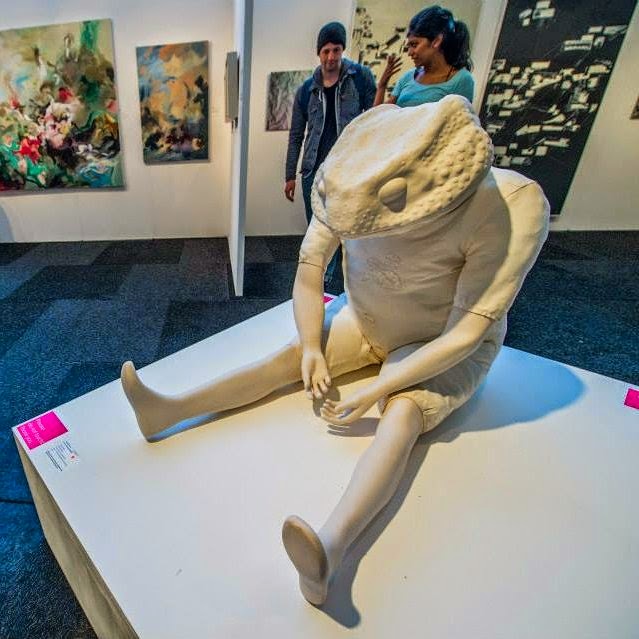 Posted by kate williamson at 02:27 No comments: