A few people have asked me about the stories behind some of the sculptures which appeared in my post on photograhing my work.

I thought I'd start with this piece which actually has evolved a bit since I photographed it. 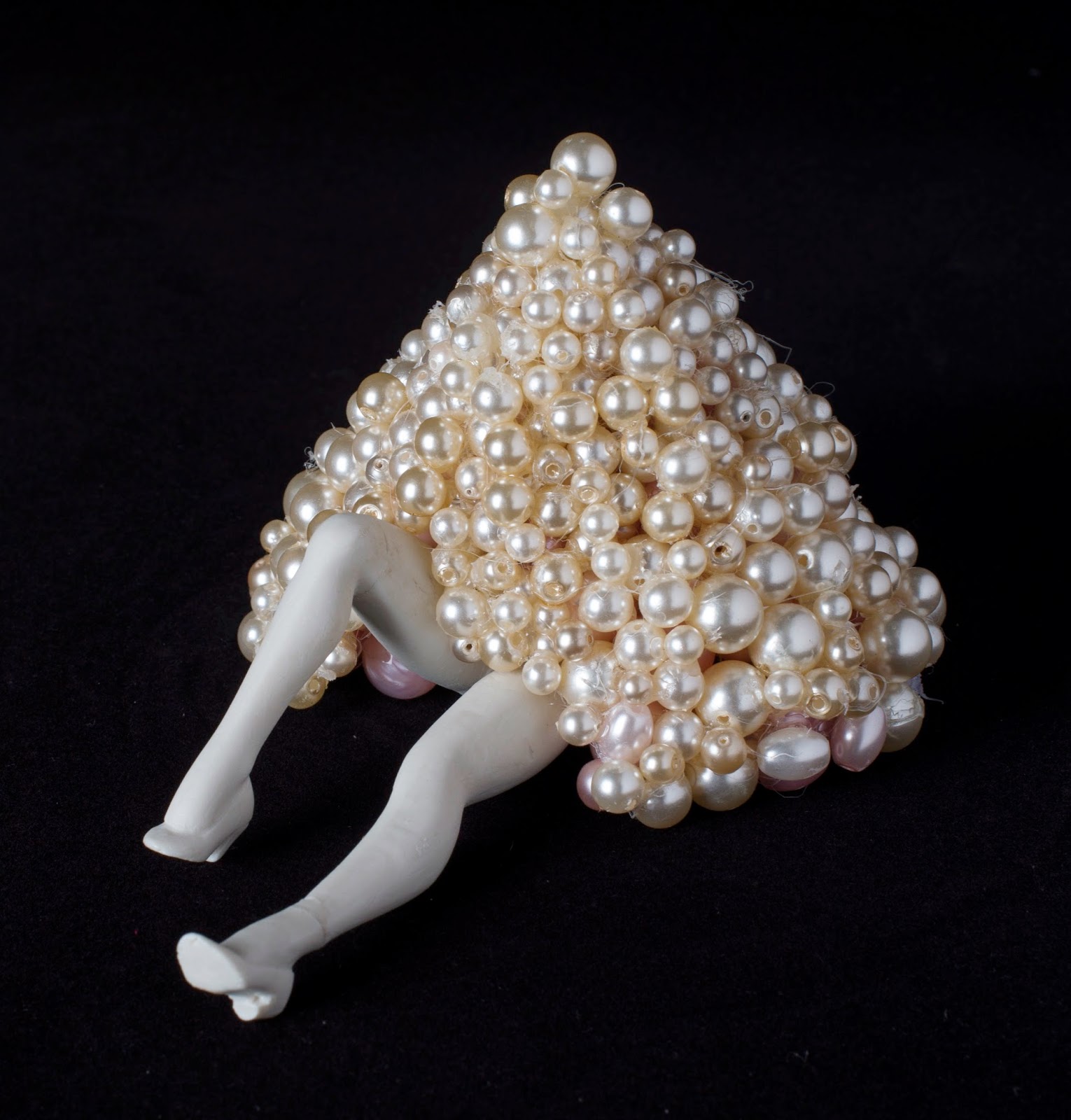 In several of the classic Fairy Tales the bad daughter/stepsister ends up with frogs and toads coming out of her mouth and the good girl (who is always the most beautiful one) has 'pearls and roses dropping from her lips...'
It's a good example of how moralising the tales are and when I was reading one of them some time last year I just thought oh!.. for heaven's sake....You really can have too much of a good thing!
So this girl has just been too much of a goody-goody.

The piece above is made with actual beads glued into a pile which was quite difficult and didn't really stand close inspection. However it was much admired on my shelf at uni so I thought I'd try and find an easier way to make more of them. Below is the latest version (although it's not such a good photograph)
﻿ 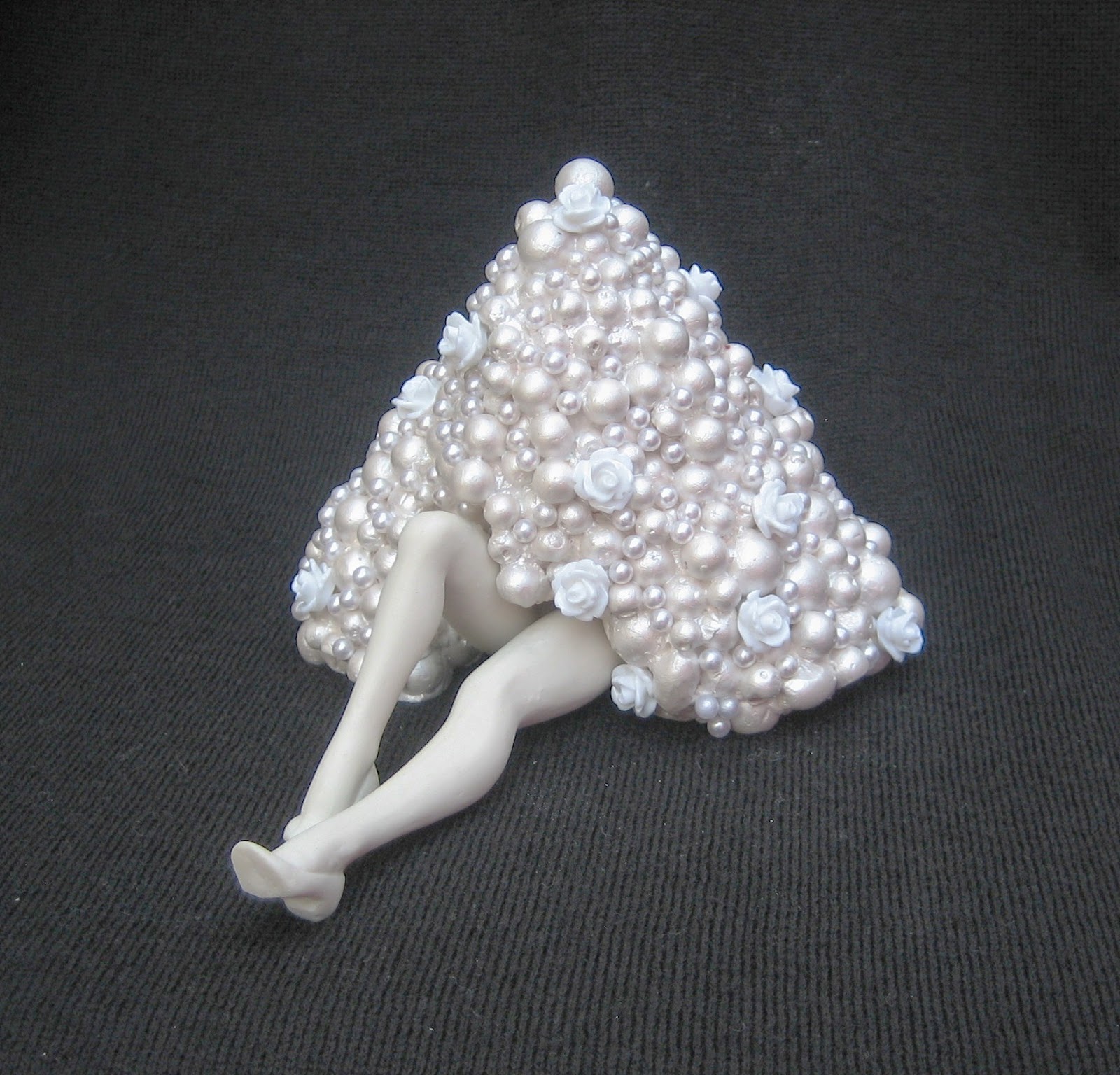 I made a silicone mould of the original (destroying it in the process). Then I cast it in plaster. I painted it with pearlised paint, added a few extra beads and some roses. The legs are still made of porcelain.
I haven't got it quite right but it's getting there.... 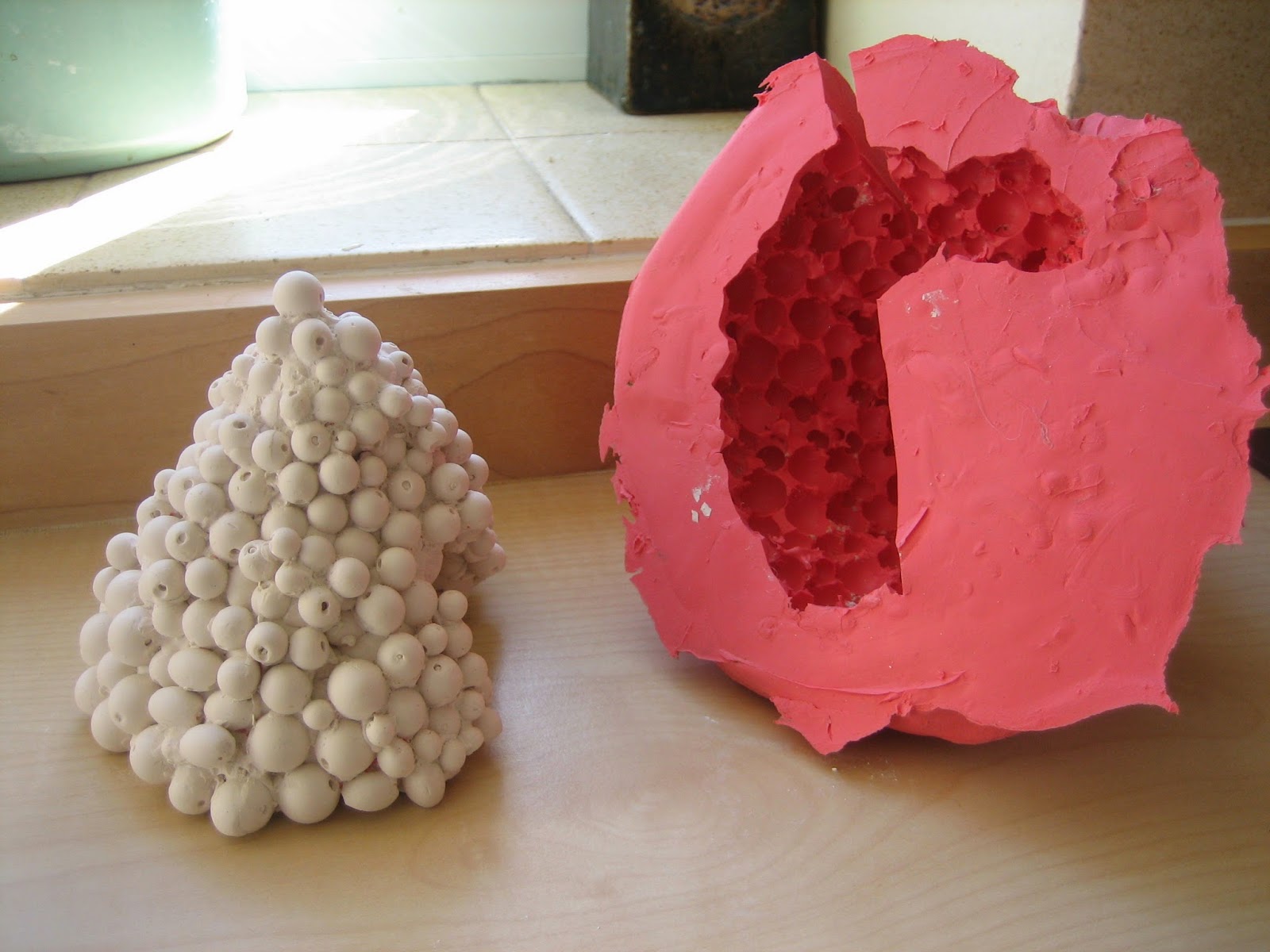