So I did the first two etchings for my story and I was quite pleased with them. But my tutors weren't that keen and suggested I shelve the project for the moment. I think they worried that it would take too long to complete and the images weren't in my usual style. C'est la vie. I've got plenty of other ideas to get on with. Here they are anyway. 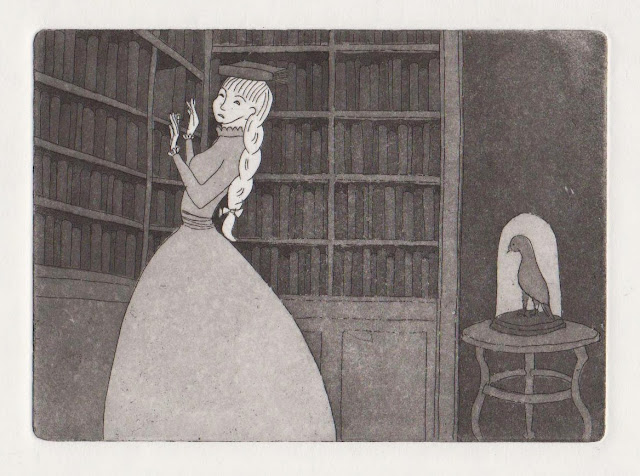 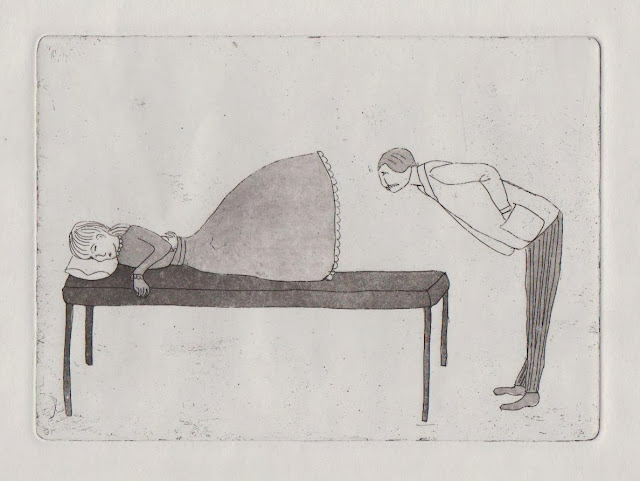 I had also played around with an alternative ending. If you read the story up to and including Bell Girl VI then continue here...
7. After several uneventful years a young man started coming in to the library on a Tuesday morning and he shyly complimented the Bell Girl on her delicate porcelain skin. Although he was rather short the Bell Girl thought he had very kind eyes and she started to look forward to Tuesdays. They became friends and had lunch together in the park every day and talked about books and fed the ducks and picked blackberries. 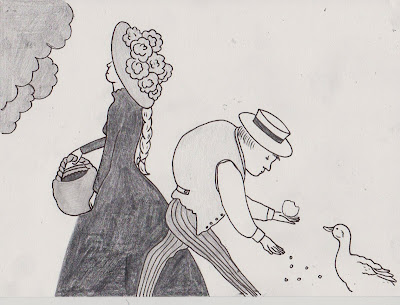 ﻿
8. Then one day the young man knelt down in front of the Bell Girl and asked her to marry him. The Bell Girl knew she would have to tell him her secret even though it might mean losing her dearly beloved friend. However, much to her surprise, when she had finished her story, the young man leaned across and kissed her gently. Naturally the bell girl could hardly contain herself and she knew that any moment they would hear the loud, discordant clanging which she had tried so long to suppress. 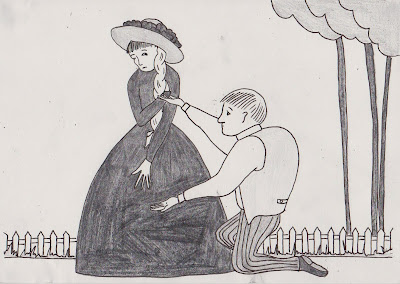 9. Now in some fairy tales that kiss might have transformed the little man in to a prince and changed the Bell Girl into a princess. But not in this one. However, what they heard surprised and delighted them both. The sound was delicate and melodious to their ears and so lovely that everyone in the park looked up and smiled. 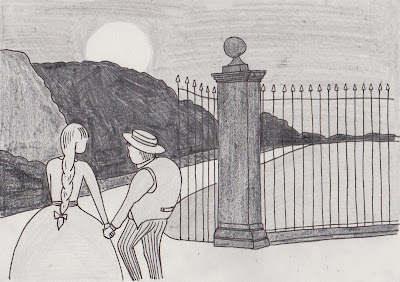 10. I don’t know if the couple lived happily ever after but they did open a book shop next door to the church and have several children.  And in the evenings, when the bell ringers were practicing, they would all go up in to the bell tower and dance and clang and ring and sing at the top of their voices until it was time for supper.
THE END
﻿
Posted by kate williamson at 11:17 3 comments: