I haven't been to see any exhibitions in London for ages. (When I helped out at the graduate exhibition a couple of weeks ago there was no time to go out). So at the risk of getting Art Overload I am catching up on what's on at the moment. My first ports of call have been Tate Modern and Tate Britain.

However it was an uncomfortably hot day and Tate Modern was really heaving with people and I think that affected my appreciation of the exhibitions somewhat. I really didn't feel as beguiled as I thought ought to be by the huge Mattisse exhibition. The story of the last years of the artists life is so familiar and through the crowds of people I think I just saw what I expected to see. No more, no less. It was interesting to see how 'hand made' the 'cut-outs look with their occasional rough edges and glue stains and the faint outlines of preliminary drawings still evident. In reproductions the colour looks completely flat (as it is meant to) when actually you can see the varying density of the paint and the brush marks of the assistants. And I must say that I have seen his stained glass windows in books and on TV many times but I found that in the flesh the organic forms combined with the colour and light were really powerful in their simplicity. I will be going again to the exhibition with a friend before it finishes, may be it'll be quieter then. 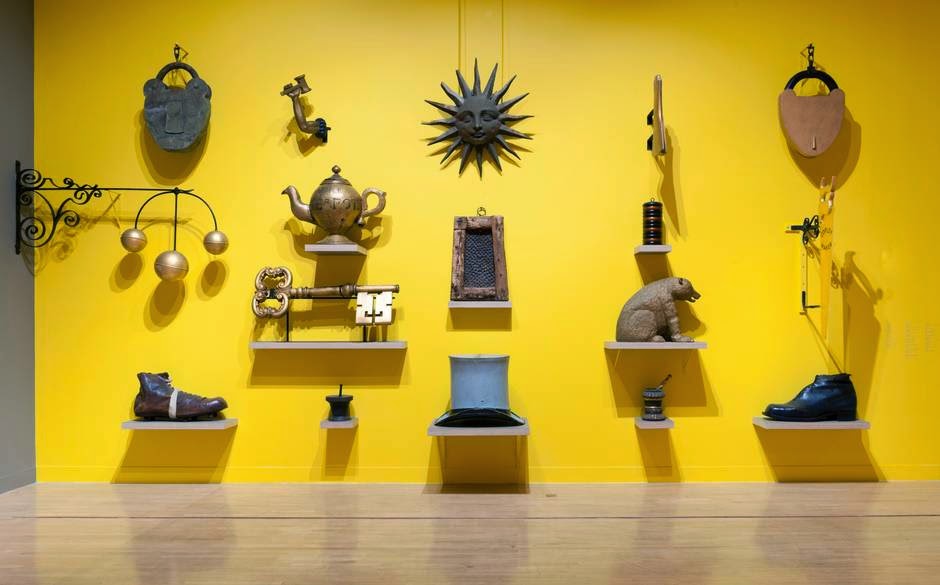 Folk Art at Tate Britain was a rather weird and a wonderful collection of extraordinary objects
created by ordinary (often unknown) makers. Folk Art is a vast subject and, as if to make the point, the first display as you entered the exhibition was of outsized objects made as shop signs. If I had brought a child with me I would have told them that someone had used the huge key to break in to the giants castle and make off with a random collection of huge shoes, kitchen implements and toys (and here was the proof of their daring).  In fact it was a 'wonder full' exhibition altogether. We will never know who decided to paint a horse’s vertebra so that it became a mini-model of Methodism’s founding father John Wesley or what prompted Irish labourers to fashion the peculiarly fetishistic “God-in-a-bottle” sculptures. The exhibition certainly succeeded in  showing that creativity and innovation have always permeated every aspect of everyday life  and can pop up in the most unexpected places. I'm thinking now that I'd really like a 4ft teapot....

Posted by kate williamson at 00:54 No comments: