'The Daughter of the Minotaur'

The female minotaur sculpture is next up in my series of posts discussing some of the ideas behind my work. She has elicited a huge variety of responses from those who have encountered her. Some quite sinister. Perhaps because Jesus with little children is such a familiar scenario.﻿ 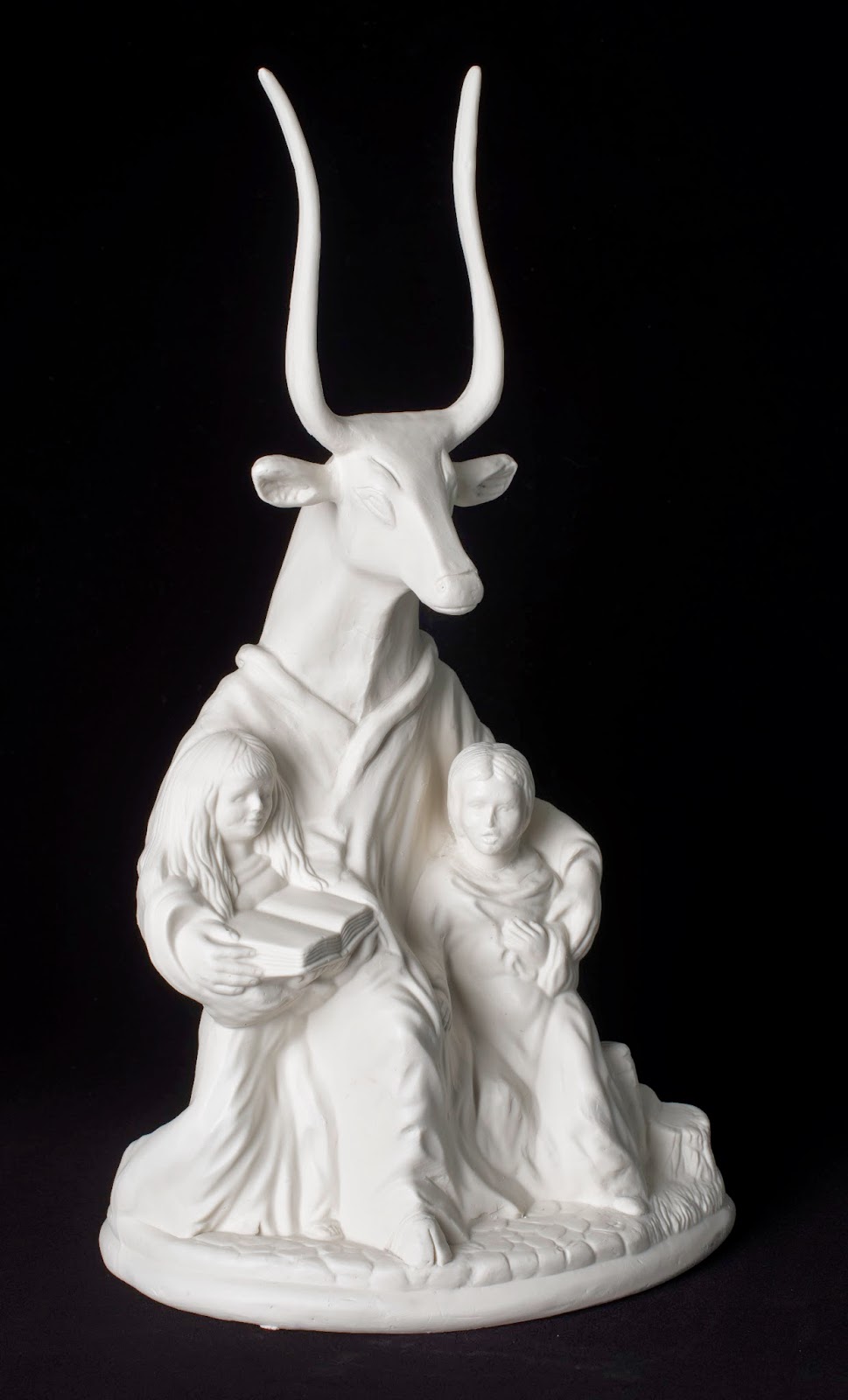 She is actually an amalgamation of several ideas and influences. My father used to tell us how, as a small child, he was occasionally taken to visit an old aunt whom he was obliged to kiss and hug. It is a common enough childhood experience. He used to dread it. To his young eyes she has a wobbly cow-like chin and huge breasts which he feared may suffocate him as he was clutched to them! The Daughter of the Minotaur represents those characters and situations which convention (and adults) seems to approve and accept but we, as children, are really not so sure about. Sometimes it's all in the child's vivid imagination (as with my father) but unfortunately sometimes the minotaur is very sinister.

In this second piece I have started to develop the minotaur's story. She is not an altogether sympathetic character I'm afraid. 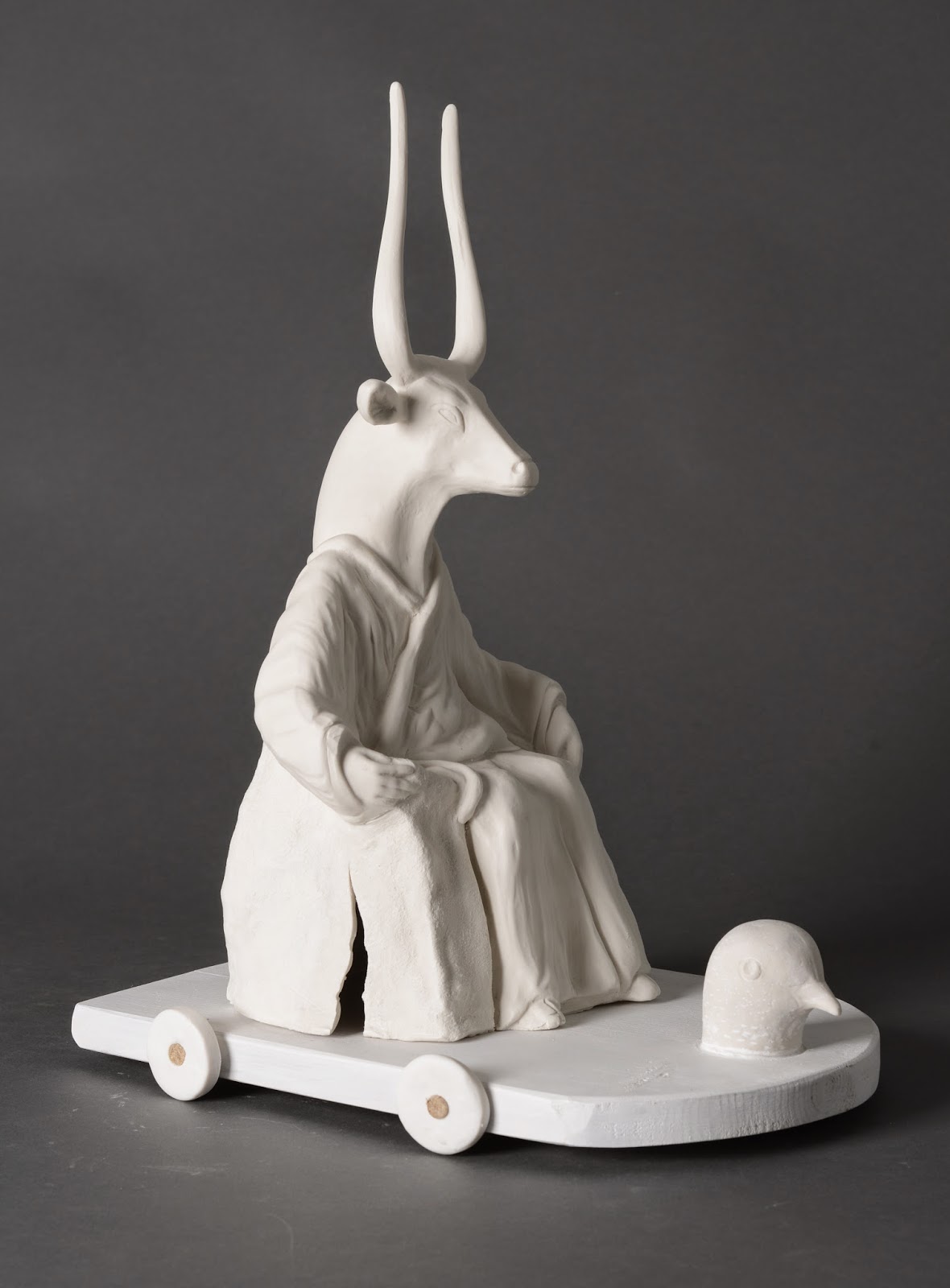 Her age should mean she is revered but her circumstances are not very grand. She is an imperious creature, sitting in a rather dilapidated armchair, reliant on relatives (those she still has power over) to do her bidding. I have put her on the sort of trolley a child might pull along. 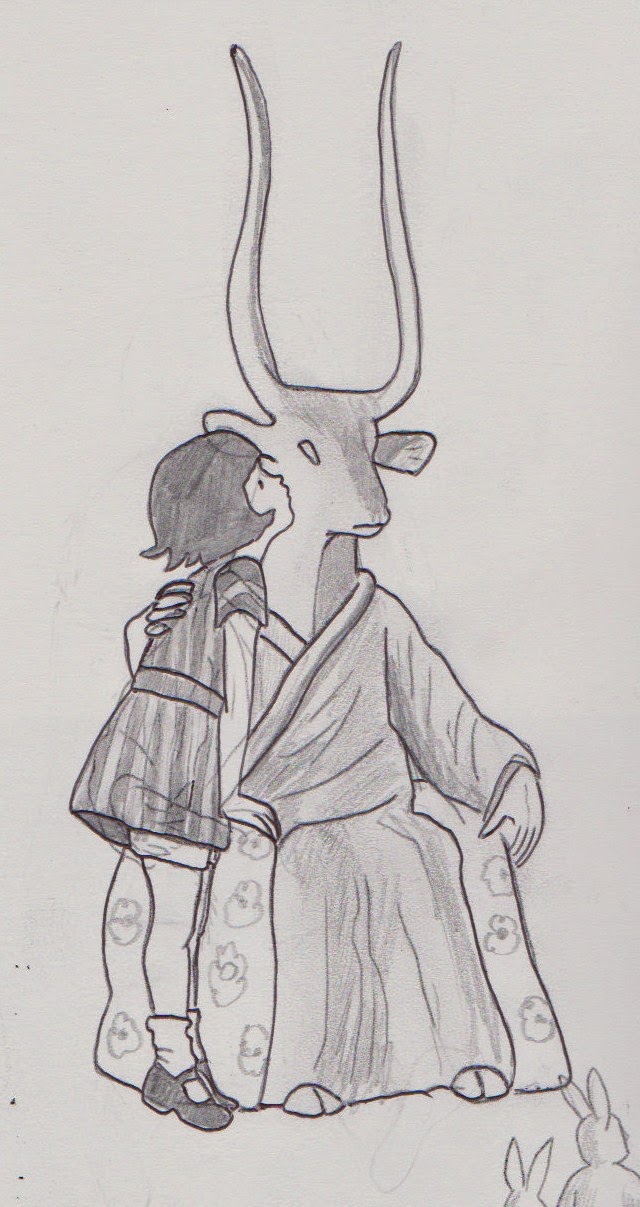 One day I will create a series of pictures featuring my minotaur.
(This is a little drawing from my sketchbook)
But I will continue to be intrigued by other people's interpretations of The Daughter of the Minotaur.
Posted by kate williamson at 00:56 3 comments: