No, the life size Frog hasn't turned into a Prince even though he has been kissed quite a few times. But he is now finished and being assessed at uni at this moment along with all my other work. Here he is clutching his paper crowns looking a bit forlorn... 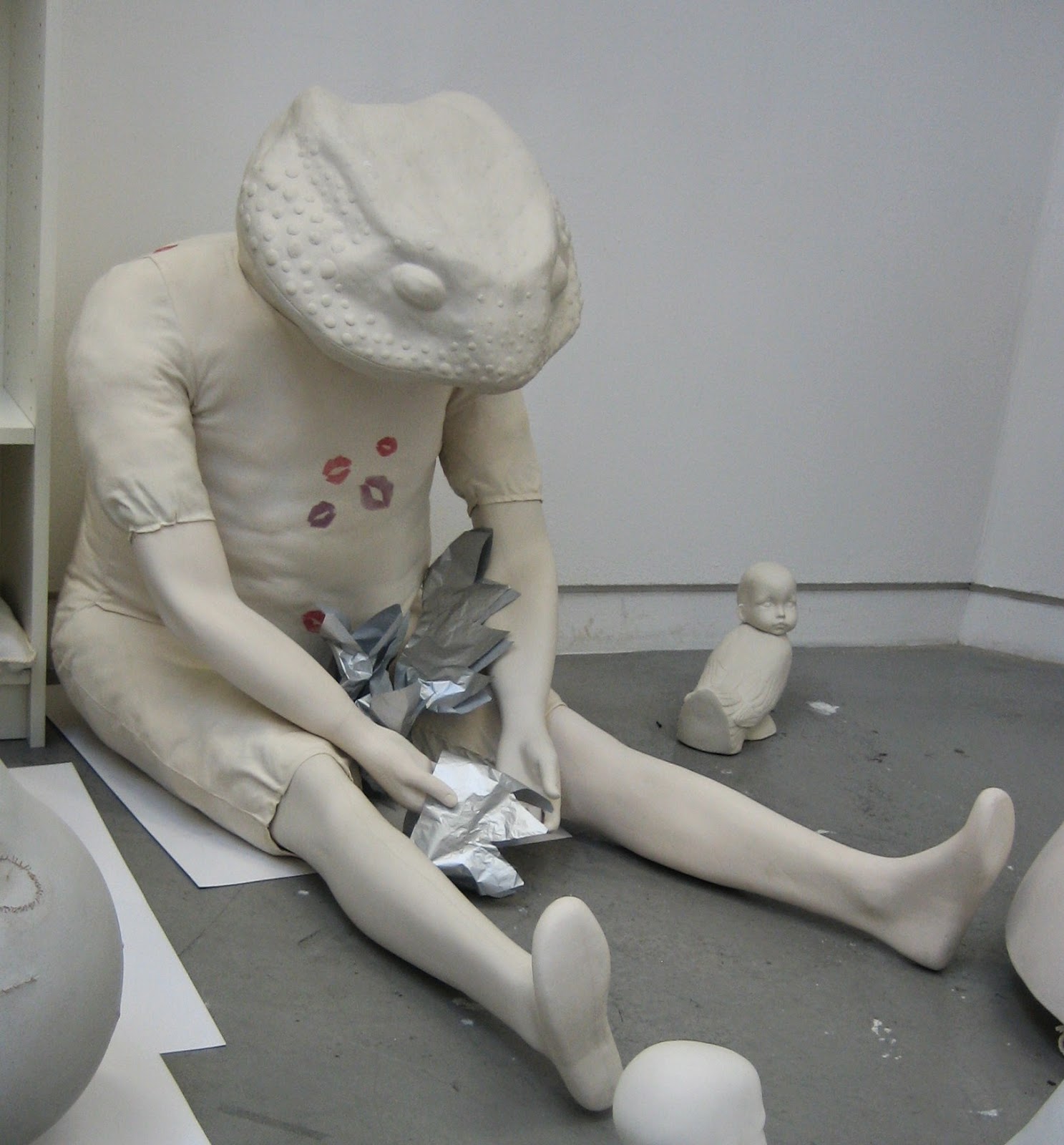 I thought you might be interested to see some more work in progress pictures showing the various stages in his creation.

I've already shown you the making of the head mould. It took 33ltrs of porcelain slip to cast it! I'm not actually communing with it here but checking that the last of the slip has drained out. 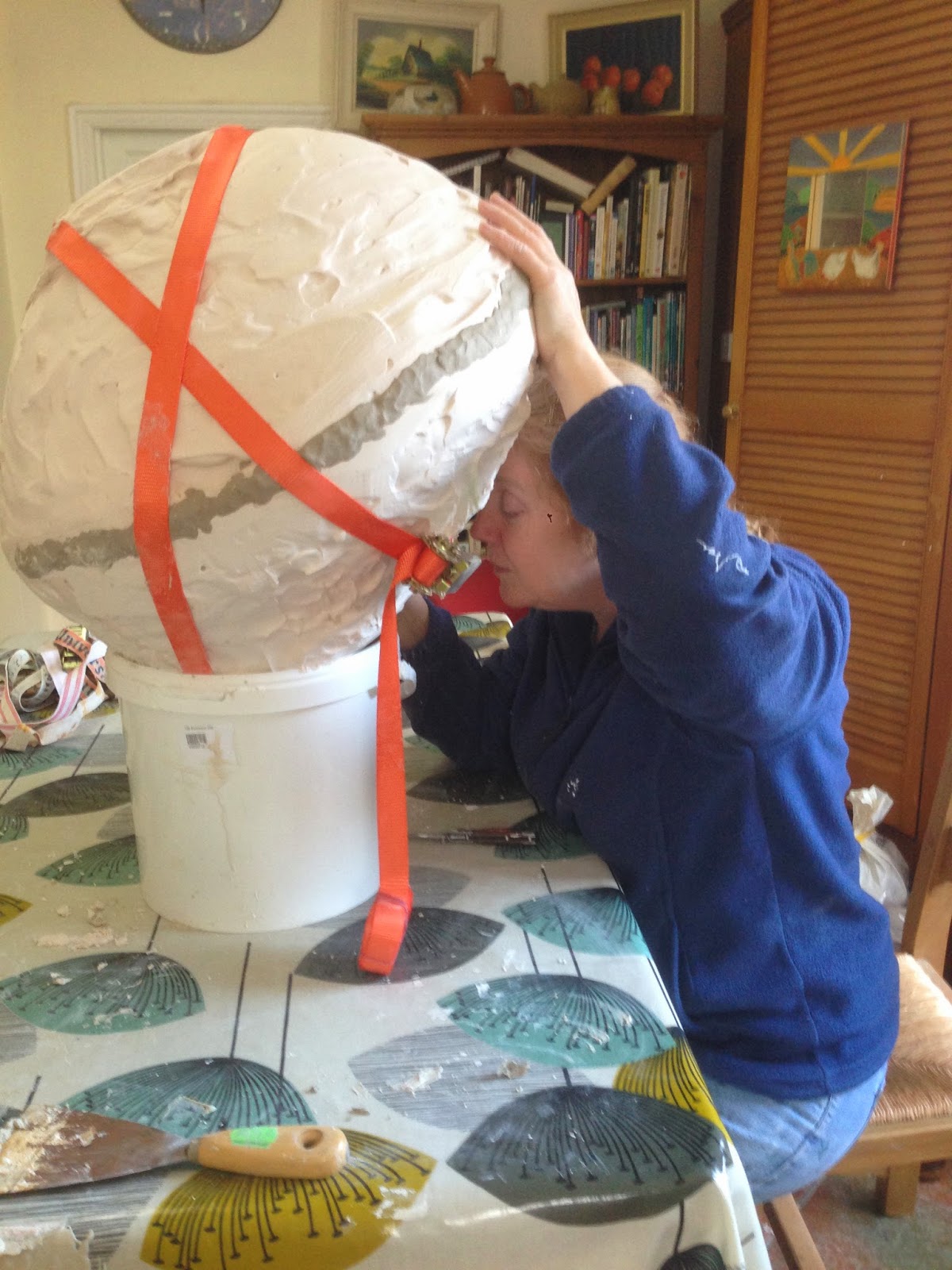 The leg moulds turned out to be more tricky to use than the head mould. I would put the pouring hole in the side if I ever made such a thing again. Here they are drying in the sun with the arms and hands. 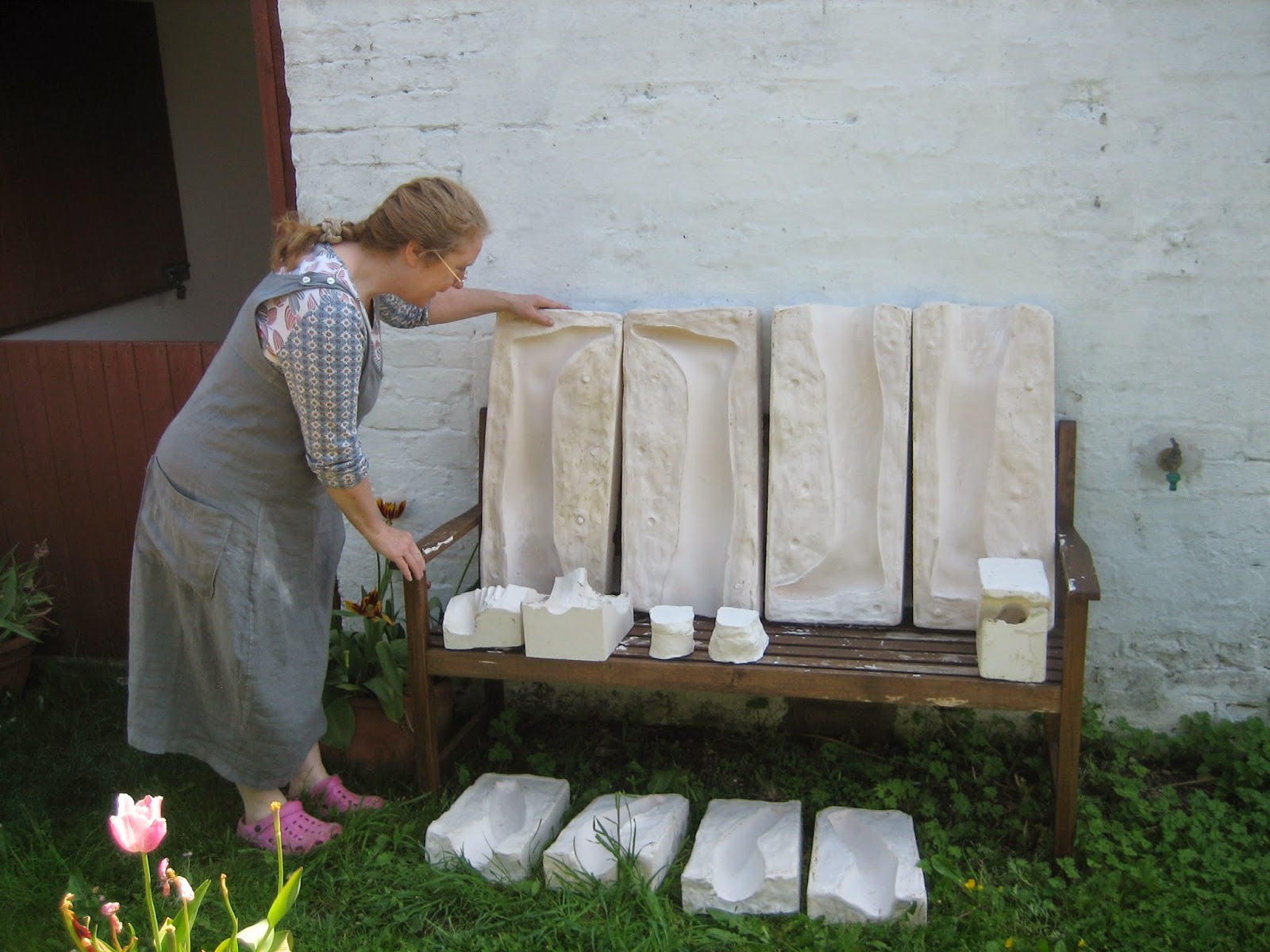 At least they didn't slump in the kiln which was my main worry. Paul, the ceramics technician at UWE, fired the parts very slowly just to be sure. They seemed to shrink even more than usual though. 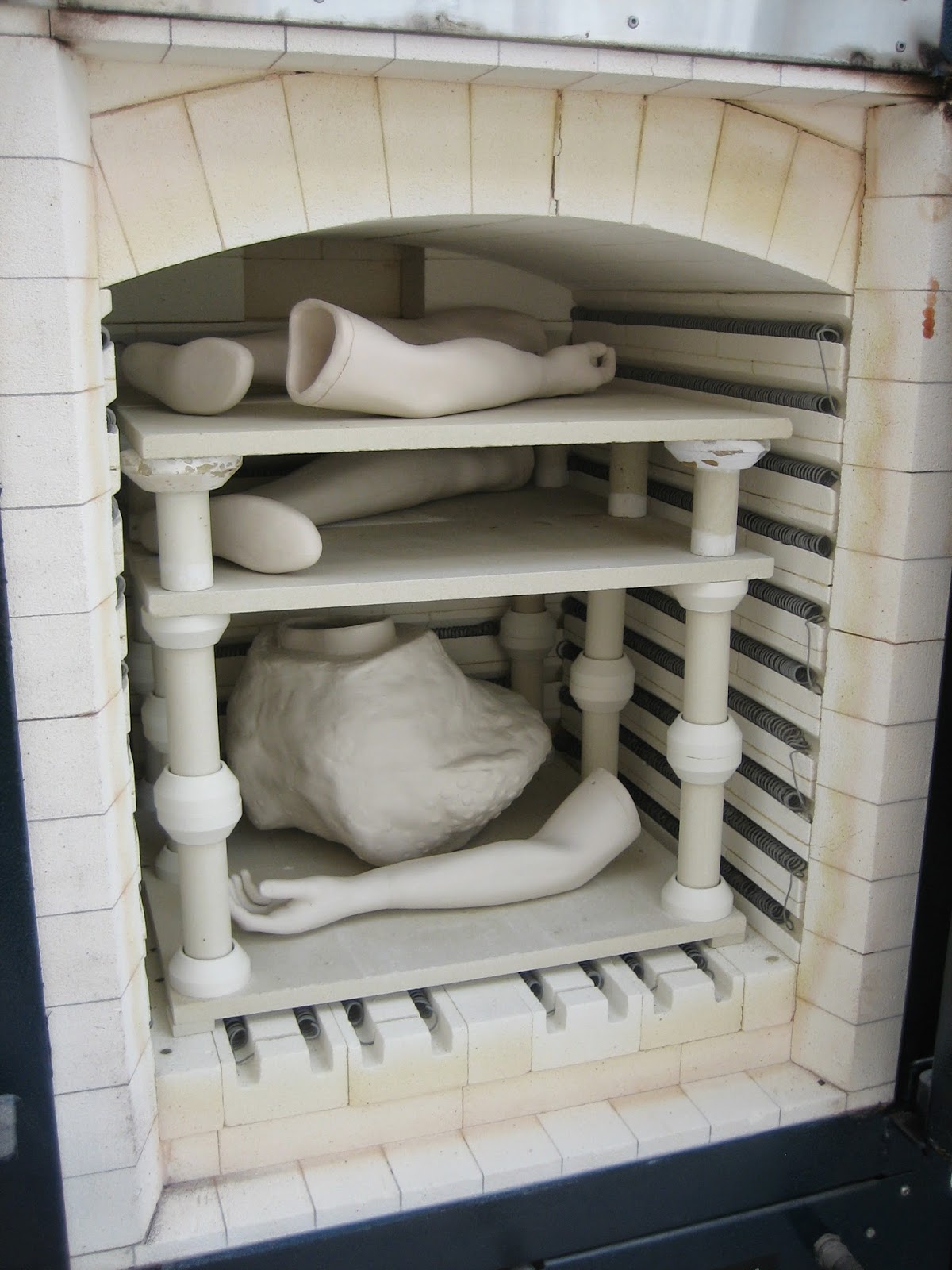 The armature for his body is made of wood and a cut up mannequin torso. It's very sturdy! 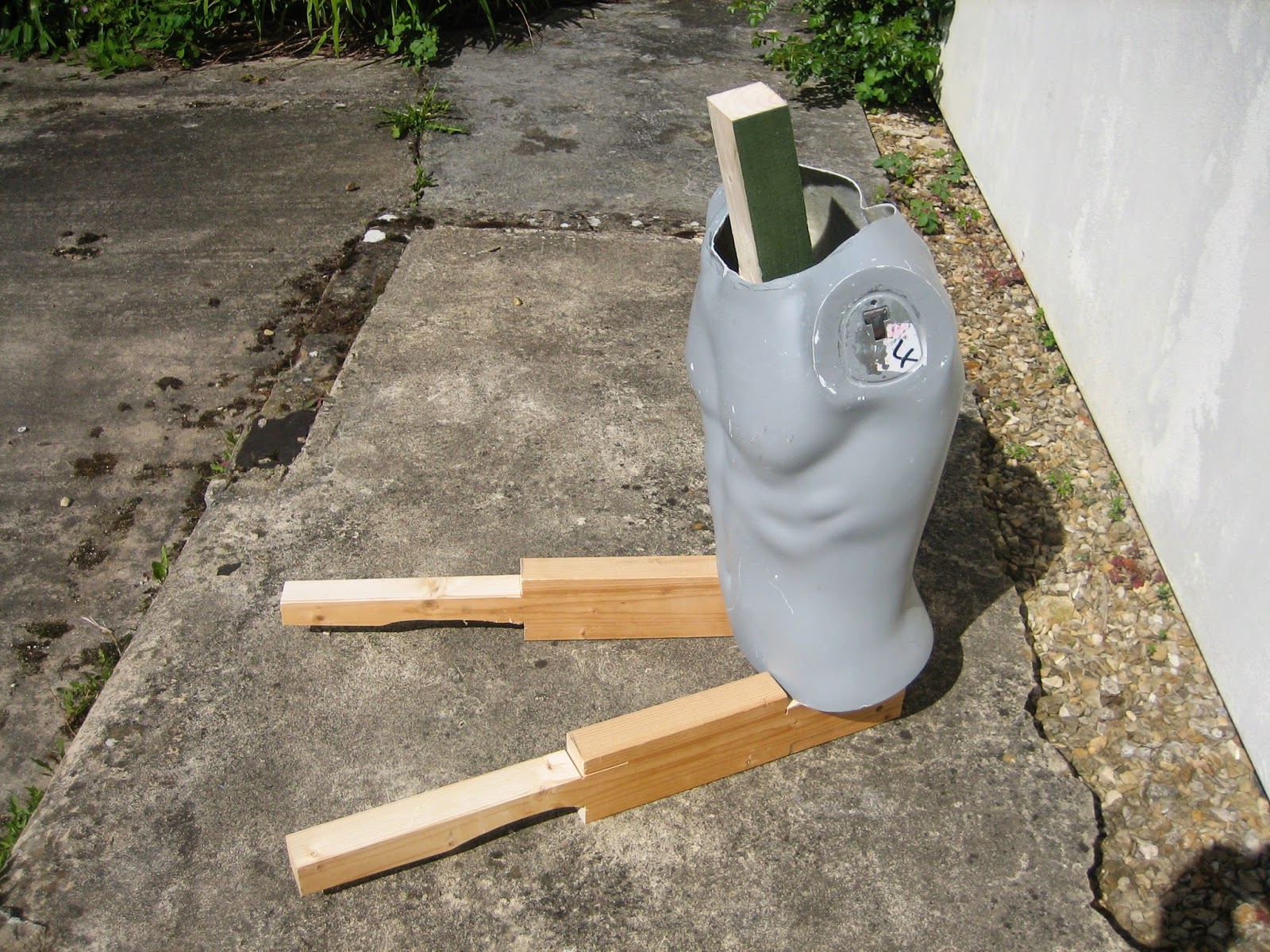 He is padded with foam (and a lot of duct tape) to make him look rather portly and slumped. 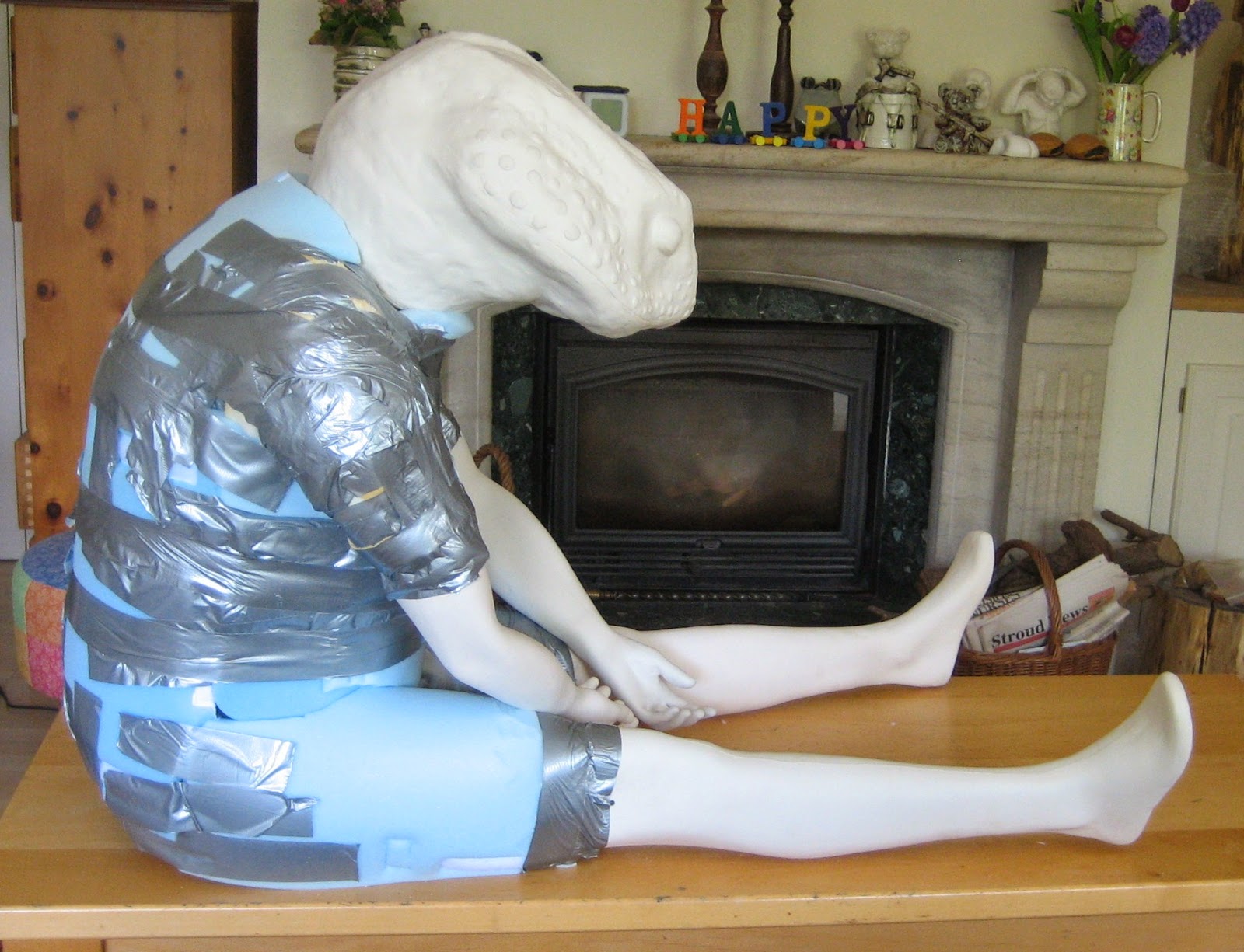 Fitting his fabric covering was really difficult because the cotton I used was rather thick making the hand sewn parts very hard work. 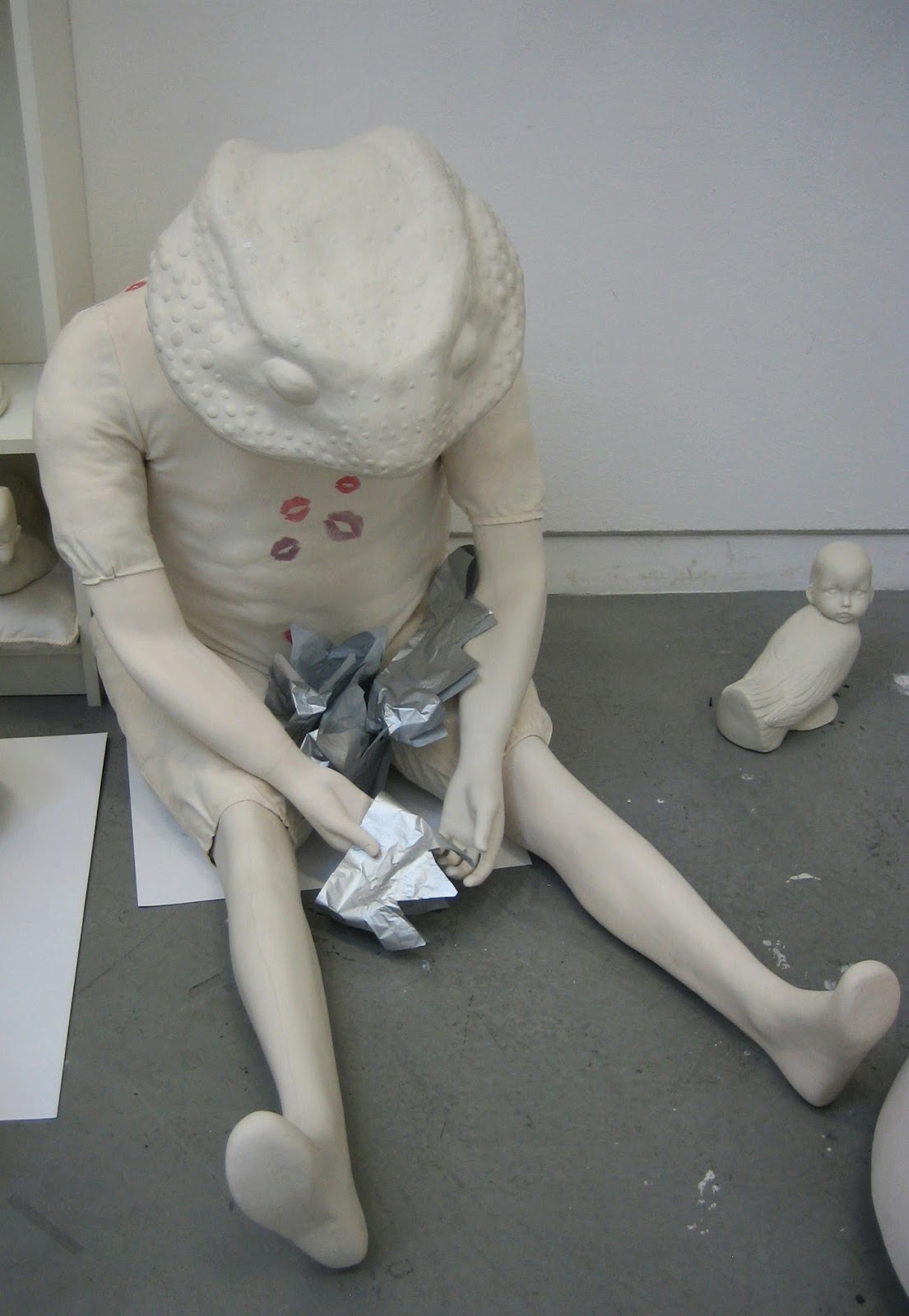 Now he's patiently waiting for the right girl to come along!


Posted by kate williamson at 12:20 No comments: